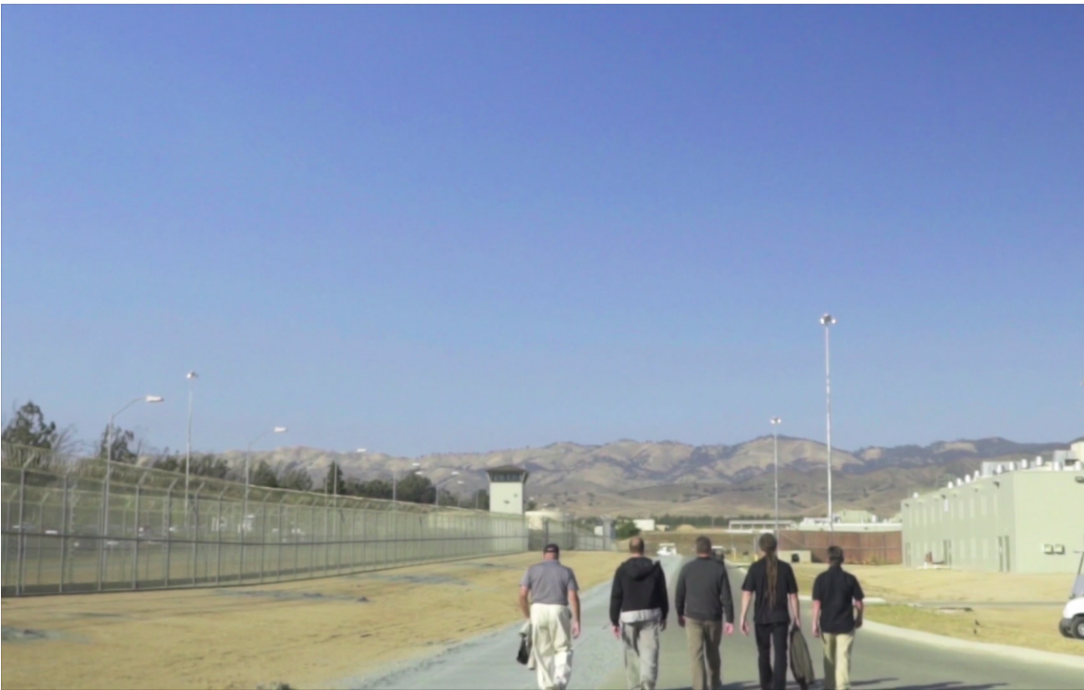 This past week I was sitting in circle with 20 incarcerated men at the Salinas Valley State Prison, like I’ve done nearly every Wednesday for the past 7 years.

It was a profoundly typical and typically profound group, with considerable laughter and camaraderie, frustration and fear, and more than a few tears. (Mine, as well as a handful of the inmates.)

I devote 24 hours of my time each month (half inside and half commuting) in service to the transformation of consciousness and emotional literacy of gangbangers, drug dealers, addicts, and murderers, for reasons both simple and complex.

It’s simple in the sense that during those hours I am crystal clear about what I am doing, who I am being, and why.

What I’m doing is showing up with presence and acceptance, surrendering to the dictates of prison dynamics and the incomprehensibility of life and fate.  Who I’m being is my highest self, living into my Purpose to empower men to create more love in the world.  Why I do it is because it allows me to release the guilt that I carry about enjoying such an abundant, liberated, and empowered life, while so many other humans are less fortunate and must struggle through lives full of abuse and suffering.

It’s complicated because I don’t know how long a man convicted of murder should be incarcerated, or if he should ever be released.

It’s complicated because what kind of prospects for life outside is available to an ex-con if he were released, after he’s spent decades in prison falling farther behind the rat race of a world outside, a race he most likely already lost before he turned to a life of crime to survive?  A man who often is grateful that he’s been in prison all these years because everyone he knows from the ‘hood that’s not in prison is now dead?

It’s complicated because I don’t experience these men as monsters or evil.  I don’t actually even experience the 40-year-old who killed somebody 22 years ago as a murderer, but rather, I experience a grown man full of sadness and remorse, unable to forgive himself today for a life he took and the grief he caused half a lifetime ago.

But when a man living in integrity today is witnessed taking responsibility for the impacts of his actions in the past, that’s when the true healing and transformation begins.  He begins the process of recognizing he is no longer the same man who committed those unforgivable acts, and his heart softens to himself and others.

I doubt anyone reading this newsletter is a former murderer, but I would inquire if there are stories of self-judgment and lack of forgiveness that you hold toward yourself?  Maybe you cheated on a spouse and wrecked your marriage; or abandoned a friend or a child when the going got too tough; or betrayed yourself by playing it safe and not living up to your potential, or failing to pursue your dreams?

And if so, what is the cost of your continued self-judgment to your heart and to your experience of your life now?

And if so, are you ready to be witnessed creating new stories and a new experience of life for yourself?

I challenge you to honor the millions of men and women behind bars who don’t have the freedom to live full out, and reply to this email.   I’ll give you a 20% discount on one-on-one coaching or my super-affordable “7 Principles of Personal Power” online group coaching program starting next month (based on the system in my book 7 Principles of Sex & Money & Power).

If you’re not sure which is right for you, please contact me for a complimentary 30-minute Breakthrough Coaching Call and we’ll go from there.

I look forward to hearing from you.

With love and gratitude,